Private and public R&D funding and execution are mutually reinforcing 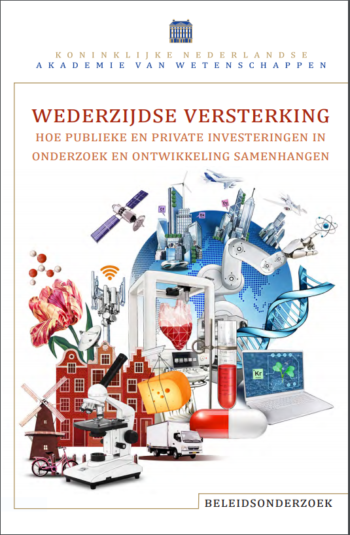 The Dutch Minister of Education, Culture and Science asked the Royal Netherlands Academy of Arts and Sciences (KNAW) to investigate ‘whether and to what extent links between publicly funded science and the private sector result in businesses having fewer incentives to invest in research & development themselves’.

Net funding by businesses was found to amount to 45 percent and that of government to 40 percent of total R&D expenditure in the Netherlands. Foreign business and the European Union jointly invest almost 13 percent and private non-profit funds invest the remaining 2.5 percent.

The conclusion of the investigation is: Private and public R&D funding and execution are mutually reinforcing. KNAW states: This outcome justifies continuing public investment in R&D not only as a driver for private R&D investment but also as a driver for economic prosperity and productivity. In short, the ‘links between publicly funded science and the private sector’ give businesses MORE incentives to invest in research & development themselves. Read the summary.