European Medicines Agency starts in the Spark-building on Sloterdijk 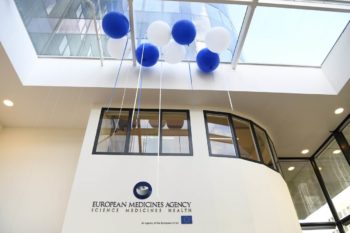 Today the European Medicines Agency starts with 400 employees in the Spark-building on Sloterdijk. In the wake of EMA, it is expected that many companies, in particular Contract Research Organisations (CROs), will move from London to the Netherlands. In January 2018, the then acting mayor of Amsterdam, Jozias van Aartsen, stated that the EMA would also provide establishments and employment in other parts of the Netherlands.